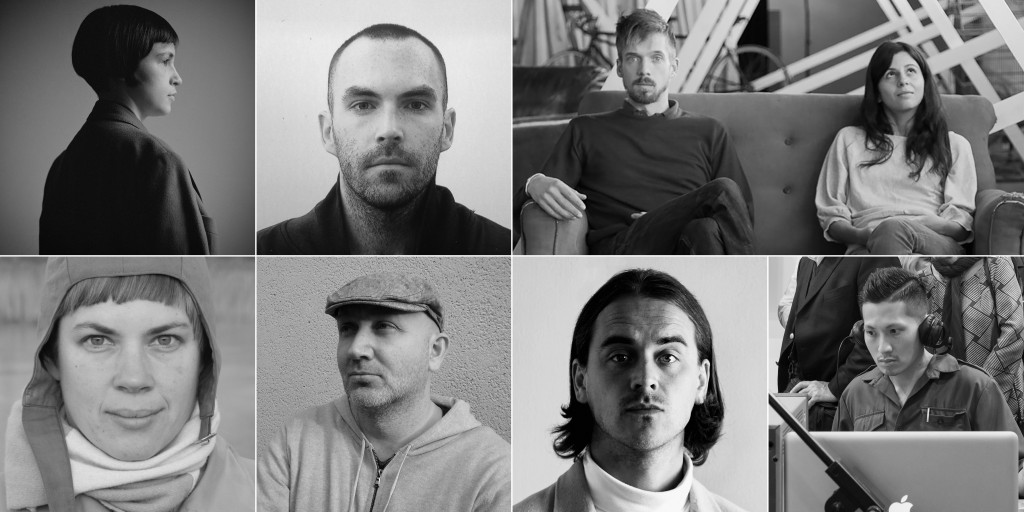 Container Artist Residency and ZIM Integrated Shipping Services are pleased to announce the seven recipients of the Container Artist Residency 01, the inaugural edition of a unique artist-in-residence program that takes place on board commercial cargo ships in 2016. Comprising an international group of participants, the selected artists represent a range of media and approaches. The artists chosen are Mari Bastashevski, Tyler Coburn, Revital Cohen & Tuur Van Balen, Erin Diebboll, Ferenc Gróf, Christopher Page, and Samson Young. Launched in October 2015, Container Artist Residency’s open call for applications, inviting visual artists from around the world to produce artworks while voyaging into the heart of international commerce, received over 2,000 proposals. This tremendous response demonstrated a high level of engagement by artists with the realm of global maritime shipping. Through a multi-round process, the project team and distinguished jurors, Sofía Hernández Chong Cuy, Niels Van Tomme, and Xiaoyu Weng, worked to select a group of seven artists whose projects and positions would be in dialogue over the next stages of the residency and resulting exhibitions.

According to artist MAAYAN STRAUSS, the Director and Founder of Container Artist Residency, “The artists were selected based on their individual areas of investigation. It was important to us to maintain a range of approaches, in order to highlight the status of artists as producers in general — not only a certain kind of practice or subject matter. While the project takes the maritime shipping industry to be the embodiment of the infrastructures on which contemporary art relies and today’s dominant cultural-economic force, we are looking forward to seeing how this specific context for art-making can impact different kinds of practice.”

During Spring 2016, the artists-in-residence will each travel on a fully-funded trip on board a commercial cargo ship along a route of their choice. For a period of up to six weeks, each artist will receive studio space and accommodation in one of the ship’s cabins, as well as an honorarium and production funding. The work developed through this process will subsequently be exhibited in a set of international exhibitions from late 2016 to summer 2017.

Prem Krishnamurthy, Curator of the residency’s first edition, commented, “It’s extremely exciting and gratifying to observe the wide range of work represented by the selected artists. Each one of them has developed a practice that is experimental within its own framework, highly articulated, and responsive to its context. The residency is open-ended and a new experience for all of us. I’m excited to see what they will each develop during their time on board, and how these residencies will inform both their future work and projects for the exhibitions.”

Mari Bastashevski (b.1980 St. Petersburg, Russia) is an artist based in Switzerland. Her work operates at the convergence of investigative research, art, and journalism, deliberately blurring the boundaries between these practices. Bastashevski makes installations that combine texts, images, and documents to explore questions of secrecy and access to information, and their intersection with the systems of state and corporate power.

Bastashevski received a BA in Political Science and Art History from Copenhagen University and holds an MA in Photography. Her work has appeared in Medium, Wired, Courrier International, The New York Times, Le Monde, and Esquire, and has been exhibited at the Musee de l’Elysee, Noorderlicht, and Art Souterrain, among others.

Tyler Coburn (b.1983 New York, US) is an artist and writer based in New York, working in performance, installation, writing, and sound. His work critically engages trends in computing and manufacturing, investigating contemporary tensions between waged and leisure time; the self and the social media public; and the virtual world and its complex material infrastructures.

Coburn received a BA in Comparative Literature from Yale University and an MFA from the University of Southern California. He also served as a fellow in the Whitney Independent Study Program from 2014–2015. His work has been presented at South London Gallery; Kunstverein Munich; CCA, Glasgow; Western Front, Vancouver; Grazer Kunstverein; UCCA, Beijing; LAXART, Los Angeles; and Sculpture Center, New York. Coburn’s writing has appeared in Frieze, e-flux journal, Dis, Mousse, and Rhizome, among others.

Revital Cohen & Tuur Van Balen (b.1981 Jerusalem, Israel; b.1981 Leuven, Belgium) are London based artists working with systems of industrial production. They work across sculpture, installation, and film to explore production processes as cultural, social, and political practices.

Cohen and Van Balen both graduated from the Royal College of Art, London. Their work has been exhibited at Thyssen-Bornemisza Art Contemporary, Vienna; Fotomuseum, Winterthur; Yerba Buena Center for the Arts, San Francisco; HKW, Berlin, and the Museum of Contemporary Art, Tokyo among others. It is part of the permanent collection of MoMA, New York and M+ Museum, Hong Kong.

Erin Diebboll (b.1984 Massachusetts, US) is an artist based in New York and
San Francisco. Working in large-scale drawing, her work engages concepts of history and time, mapping familiar and imagined spaces based on personal memories, historical narratives, and constructed archives.

Ferenc Gróf (b.1972 Pécs, Hungary) is an artist, graphic designer and teacher based in Paris. As a founding member of the Parisian co-operative Société Réaliste, his work considers questions of contemporary political representations and ideological design through text-based interventions.

Gróf is a graduate of the Hungarian Academy of the Arts, and since 2012 he has taught at the École Nationale Supérieur d’Art, Bourges. Société Réaliste’s work has been presented at acb Gallery, Budapest; tranzit.ro, Cluj; P!, New York; Jérôme Poggi, Paris; MNAC, Bucharest; Ludwig Museum, Budapest; and Jeu de Paume, Paris; as well as at biennials in Shanghai, Lyon, and Istanbul.

Christopher Page (b.1984 London, UK) is an artist currently living and working in Athens, Greece. His paintings explore abstraction and representation by combining hard-edged compositional strategies with illusionistic painting techniques to think through contemporary theories of vision, alongside the flows of bodies and capital.

Samson Young (b.1979 Hong Kong, China) is a sound artist and composer based in Hong Kong. Behind each of his projects is an extensive process of research and fieldwork, involving a mapping of the endeavor through “sound sketches” and recordings. His works take the form of live performance, videos, and drawings that transcribe sonic events into graphical scores.

Young studied music, philosophy and gender studies at the University of Sydney and holds a PhD in Music Composition from Princeton. He has presented his work at the Asia Triennial Manchester; Moscow Biennale of Young Art; Amos Anderson Museum, Helsinki; Kunsthalle Winterthur, Switzerland; Today Art Museum, Beijing; and Museum of Contemporary Arts, Taipei. Young is the inaugural winner of the Art Basel-BMW Art Journey Award 2015.

Container Artist Residency was established by artist Maayan Strauss and is an ongoing project that places artists on board commercial container carriers traveling along international shipping routes. Container Artist Residency 01 is a collaboration between Container Artist Residency and ZIM Integrated Shipping Services; the inaugural edition is curated by Prem Krishnamurthy, Founding Principal of award-winning graphic design firm Project Projects, and Founder/Curator of New York exhibition space P!. Working at the dynamic intersection of industry, technology, and culture, Container Artist Residency seeks to forge new connections between individual practices and vast global networks by providing artists with a different outlook and a meaningful opportunity for professional and artistic development. The residency’s geographic location can only be defined in relation to the existing shipping routes and destinations that form the backdrop of global trade. Anchored in this context, yet without a fixed physical location, Container Artist Residency foregrounds global commerce as the artist’s immediate work environment.

Maayan Strauss (Founder and Director, Container Artist Residency) is a New York-based multidisciplinary artist. Her practice examines infrastructures, labor, and new platforms while reflecting on the nature and conditions of contemporary artistic production. In addition to her installation work, her projects include the Container Artist Residency and Sushi Bar gallery in Brooklyn. Strauss was also an editor for Art Handler, a magazine dedicated to the behind-the-scenes working practices of the art industry. Strauss received her MFA in photography from Yale School of Art and a B.Arch degree from the Bezalel Academy of Art and Design in Jerusalem. She has exhibited in museums and galleries internationally, including The Herzliya Museum of Contemporary Art, The Israel Museum in Jerusalem, Storefront for Art and Architecture, Andrea Meislin Gallery, and the Shenzhen Architecture Biennale.

Prem Krishnamurthy (Project Curator, Container Artist Residency 01) is a New York-based designer and curator. As a co-founder of multidisciplinary design studio Project Projects, he has worked with museums, artists, architects, and non-profit organizations internationally. Project Projects is the recipient of the Cooper Hewitt’s 2015 National Design Award for Communication Design, the USA’s highest distinction in the field. Prem is also the director/curator of P!, a critically-acclaimed gallery space in New York City’s Chinatown that reinvents existing exhibition and institutional formats through collaborations with artists and designers. He is currently on faculty at the Bard College Center for Curatorial Studies.

ZIM Integrated Shipping Services (Project Sponsor) has provided creative operational and logistical solutions to customers since 1945. Over the course of 70 years, the company has grown to become a leading force in the shipping industry, and has grown into a network of vast geographical reach founded on a tradition of excellence.